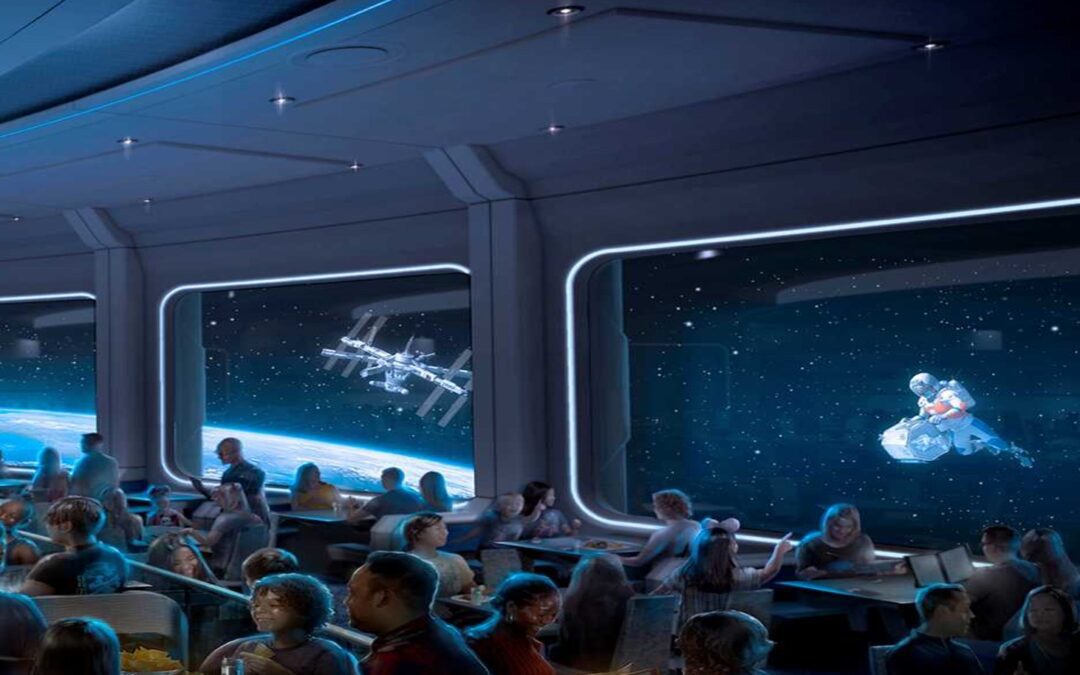 There’s a new restaurant coming to Epcot — one announced a while ago — called Space 2020, and it’s going to be pretty amazing.  You are “lifted” into the outer atmosphere to dine, where you’ll be able to look out the panoramic windows in to the vastness of space, seeing planets, stars, and surely a few surprises.

The opening date was slated for “late this year” originally, leaving most guests to plan for December.  But as December is less than 2 weeks away, Disney finally ended the suspense and announced the opening would instead be in February 2020.

Because reservations are strongly recommended at nearly every Walt Disney World table service location, these reservations will go in a matter of minutes as soon as they are open, though having it open in February makes it a little easier than trying to get a reservation during the busy Christmas season.

The restaurant is managed by The Patina Restaurant Group, and recently announced they were looking for an executive chef — no indication as to whether this is the reason for the delay.

Also no word on whether 02/20/20 is a possible opening date, though that seems nearly perfect. Stay tuned for details!