Let’s do a quick overview of the attractions at each park:

There are seven main areas to the Studios, starting with The Front Lot, which you walk through as you go in the main entrance plaza. 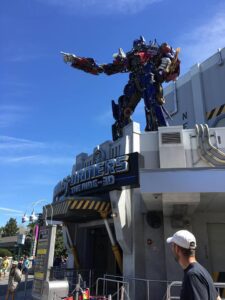