Opened in 1999, Islands of Adventure is a showcase for more thrill rides, more kid rides and home of the very first Harry Potter area (in 2010). IOA contains big coasters that can be very intense, but there are some great rides for the younger set as well.  There are eight “islands” in IOA, including Port of Entry, Marvel Super Hero Island, Toon Lagoon, Skull Island, Jurassic Park, The Wizarding World of Harry Potter Hogsmeade, The Lost Continent, and Seuss Landing.

Here is the first island you’ll walk through as you enter the park, where you will find stroller rentals, lockers, wheelchairs, ATMs, lost and found, and more shopping.  You’ll also find some quick dining and a Starbucks

Skull Island: Reign of Kong… Rather then being pulled from any of the King Kong movies, including the one that came out in Spring 2017, its an original adventure set in the 30s, as guests board a safari vehicle and ride through the jungle outdoors before going through the large Skull Island doors where you’ll be privy to a multitude of prehistoric bugs, bats, animals and more, all via the 3D screens around you. Then, of course, Kong. Height requirement 36″ 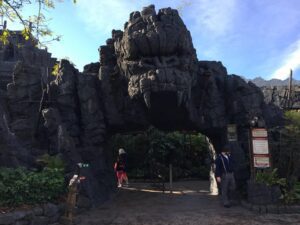 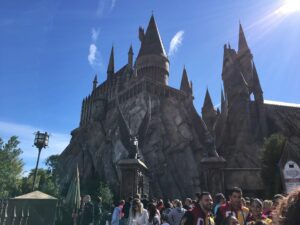